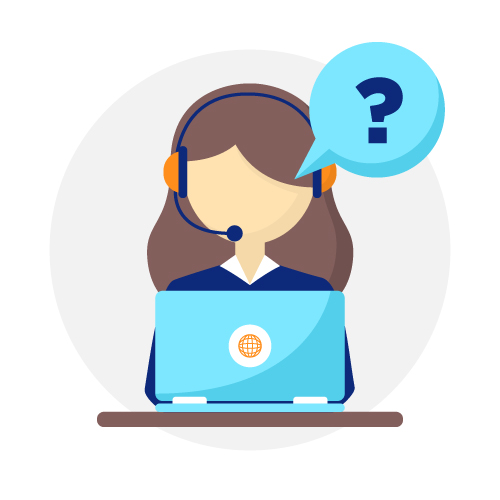 Share your contact information with us to give you detailed information in a short time. Doctor consultation will be forwarded to you as soon as possible.

In the hyperbaric chamber, where the hyperbaric oxygen treatment is being performed, the air pressure is being increased up to 2-3 times then the normal pressure. Under these circumstances, the solubility in the blood of the inhaled oxygen is getting increased, which can reach a value of 20 times higher than the normal value. The blood carries this oxygen to the whole body. This condition is helping to release the substances the growth factors and stem cells, which are fighting against bacteria and contributing for healing.

The body tissues are requiring a sufficient amount of oxygen for their functions. If the tissue is getting hurt, it requires more oxygen. The healing process of a wound is an oxygen-dependent process. The hyperbaric oxygen treatment is increasing the amount of the oxygen, which is being carried by the blood. The increase of the temporary blood oxygenation is normalizing the gas and tissue functions, which supports the tissue healing and the fighting of the infection.

Hair transplantation is an operation, in which grafts are being transplanted from the donor zone of the patient itself.

The aim of the operation is to make use of the tissues from the patient itself. External tissue transplantation also carry a risk of some medical complications because there is a use of some medications. To avoid that kind of effects it is important that a person undergoes a transplantation with his own tissue.

If there is no problem of the patient’s circulation, the nutrition success rate of the implanted tissue will be high. Even if a maximum treatment is being provided, metabolic obstructions of the nutrition of these tissues can occur.

As the hyperbaric oxygen treatment increases the oxygen amount which the blood is carrying, it supplies that the tissue holds on easier and faster. Besides that the tissue needs more oxygen to survive if it gets hurt. The healing process is an oxygen-dependent process. With the hyperbaric oxygen treatment, the crusting which occur after the hair transplantation heal faster.

How is the hyperbaric oxygen treatment being performed? We will try to answer your questions like the required treatments and the treatment types.

The fast healing process after the most preferred hair transplantation method, the FUE, is a very important subject for our counselees.

This application, which is very effective to get the necessary blood and oxygen for the healing of the tissues, increases the success rate after the operation substantially.

In the hyperbaric hair transplantation, the transplantation process is being finished routinely as it should be. When the process if finished, our counselees are going into the compressed hyperbaric oxygen room. In this room, it is being provided that the hair follicles are getting in touch vigorously and speedily with copious air filled oxygen

The patients are breathing plenty of oxygen with provides masks in this room after the session.

Frequencies and duration of the application are being determined by specialists, who are going into the sessions and you will be informed by them as well.

What are the advantages of the hyperbaric hair transplantation application?

Researches have shown that the hyperbaric hair transplantation have a big effect of the healing process after the hair transplantation. Besides that, this application also decreases the risk of formation of edema. Side effects can sometime occur on the face and forehead.

This side effects generally show up in the mentioned areas as swelling and edema. Another positive effect of the hyperbaric hair transplantation is that it has an antibacterial characteristic. This application decreases any complication risk.

You can find the all the innovations by the fastest and securest way, brought by the technology in our life’s and sector. As the hyperbaric hair transplantation application is a process which is being performed after the routine hair transplantation, it can be applied to our counselees, whose hair transplantation was a short time ago. You get the best information about this procedure from our doctor and specialists at our center.

One of the most curious topics of our counselees are the side effects. But there is no complication during or after the hyperbaric hair transplantation application.

What is the oxygen hair transplantation, what isn’t it?

How is the oxygen hair transplantation being performed?

To who can the oxygen hair transplantation be performed?

Why is an oxygen hair transplantation needed?

Hair loss and baldness in the early and advancing ages can be upsetting. It is very important to resolve this problem, which is effecting our psychology and our social life. The oxygen hair transplantation aims to resolve that kind of problems and finds an application area in a wide range of age. This treatment is especially being performed to patients, who have hair loss caused by genetic or environmental factors. If not all hair has falls down and if there is air loss in some areas , hair follicles from dense areas are being transplanted easily by the oxygen hair transplantation to areas, where the hair loss has started. At the other hand, patients with scar and seas can need the oxygen treatment as well. This people can feel uncomfortable because of the eye-catching scars. The oxygen hair transplantation cannot heal it but it can help to camouflage it due to the hair. Therefore, this treatment is a miraculousness solution in that kind of special conditions.

Tissue hypoxia eliminating can be expected.

Reduce of inflammatory cytokines formation can be expected.

Trigger of the effect of antibiotics can be expected.

Trigger of produce and functions of different GF’s can be expected.

Support for epithelialization can be expected.

Dr. Mustafa Alan, specialist for air and space medicine stated; “This treatment, which is counted as a natural and legal doping since it’s improving the performance, has the ear of women who want to get younger.

“100% oxygen”, which is being performed in special pressure rooms, is being used in the treatment of many disease like leg injuries, caused by diabetes, autism, carbon monoxide poisoning, cerebral edema and osteitis.

Dr. Mustafa Alan, specialist for air and space medicine, in charge for the special hyperbaric oxygen treatment center, informed about “hyperbaric oxygen treatment”. Alan mentioned that in the regarding treatment “100% oxygen” is being given to patients by equalizing the air pressure to the same value like 16-17 meters under water in a hyperbaric chamber, made of steel and in the form of a cabin, which has place for 11 people.

By that method the oxygen quantity is being raised and therefore, a maximum amount of oxygen is getting decomposed in the plasmas of patient, so Alan. Alan also mentioned that this treatment is being performed in cases of an increased need of oxygen or when the body is getting oxygen but it cannot use it and that patients are inhaling oxygen under a pressure, which is 2 – 2.5 times more than atmospheric pressure value.

Dr. Mustafa Alan mentioned that the hyperbaric oxygen treatment is being performed for patients with leg injuries, caused by diabetes, injuries caused by tissues or infection or to cure non-healing wounds and for divers with decompression sickness or people, exposed to carbon monoxide or gas poisoning.

Dr. Alan also stated that this treatment is also being performed to patients with contusions after getting buried after earthquakes or traffic accidents, extreme blood loss, cerebral edemas, sudden visual air hearing loss, cerebral palsy diseases and that this method plays a lifesaving role in situations where classic treatment methods are helping. Some patients are receiving 115 minutes oxygen approximately, but it depends to the disease, so Alan.

Dr. Mustafa Alan stated “Oxygen mean life… Because of this people are using it to stop getting old” and that this method is being used to get younger as well.

Alan; “The body has the possibility to produce the renewed cells by itself. Due to the weakness in using oxygen in the body, the regeneration activity is decreasing. Hyperbaric oxygen helps with the renewing of the cells, old age can be prevented.” and mentioned that cells are starting to die after the birth and that some of them are getting renewed and some not.

The effects of the hyperbaric oxygen (HBO) treatment to the oxidant/antioxidant metabolism is contradictive and the effects about the hepatic regeneration are unknown. With this research, we have researched the possible positive effects of the HBO treatment on the oxidant and antioxidant values. To perform this research, hepatectomy at the rate of 70% has been performed to 48 Sprague-Dwaley rats and the rats have been divided to two equal groups: HBO subjected and not HBO subjected. We have determined the values of the antioxidant enzymes / marks, including the oxidative pressure indication values, malondialdehyde (MDA), from liver samples, glutathione (GSH), superoxide dismutase activities (SOD), copper (Cu) and zinc (Zn). Besides that, we have measured the values of the cell nuclear antigens, which are multiplying with mitotic index (MI) to determine liver regeneration degree. The HBO treatment has decreased the MDA values significantly and increased the SOD activity and the GSH and Zn values. In response to this, the Cu value was lower by livers, treated by HBO and liver not treated by HBO. There is also a possibility that suppression of some enzymes, which are causing lipid peroxidation, have affected the results of the HBO treatment. Additively, the HBO treatment has may caused the produce of antioxidant enzymes / indicators of the liver tissues. The rats, treated by the HBO have remained at the same weight, but the rats, not treated by HBO, have lost weight. HBO has also increased the MI and oxidative pressure indication values, which shows that the HBO treatment has supported the liver regeneration. This results specified that HBO has a beneficial effect on the liver regeneration due to increasing the MDA and decreasing the antioxidant activities. Therefore, we submit that the HBO treatment could be beneficial after a liver resection.

Share your contact information with us to give you detailed information in a short time. Doctor consultation will be forwarded to you as soon as possible.